Home » Blog » Life After Debt: First-Hand Accounts of How People Got Out of Debt

Life After Debt: First-Hand Accounts of How People Got Out of Debt 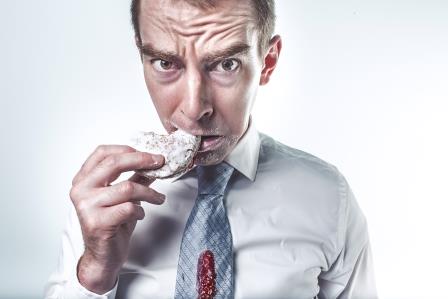 Believe it or not, getting out of debt IS possible!

What does the average college student, the average homeowner and the average retiree all have in common? They’re all in heaps and heaps of debt. At a time when the national consumer debt is at an all-time high (it’s currently somewhere around $11.5 trillion), more and more people are having trouble making ends meet.

No one ever said getting out of debt was easy. If it was, then over a third of the country wouldn’t be in it. But even if becoming debt-free is a challenge, it’s still possible. We searched the vast corners of the World Wide Web to show you a few firsthand accounts of people who were successfully able to pay off their debts. Some used a debt management program, and some created their own. Whatever the case, take a look at a few real life stories that prove life after debt IS possible.

Who: Travis from Enemy of Debt

Travis and his wife had been struggling under an enormous sum of debt for years. With the help of a debt management program, Travis was able to pay off a whopping $100,000 (52 separate payments) in only four short years!

“It’s taken a lot of work. A LOT of work to get to where we are with our communication and budget system. It’s been much like fighting your way against the wind in a driving snowstorm. You just tuck your head into your chest and keep moving forward. You know that over time you will get to your destination, but all you can do is look down at your feet and focus on putting one foot in front of the other.”

Who: Anna from AND THEN WE SAVED

Anna was able to improve her financial standing on her own by going on her own Spending Fast®, where she forced herself to stick to a super-strict budget and spent as little as possible. As boring as it sounds, her fast worked, and now she’s able to enjoy life without having to worry about her debts.

Who: Isra from The Frugalette

Isra and her husband went from rags to riches in three years by making simple cuts to their budget. In fact, as soon as they cut their credit cards in half they immediately started seeing significant savings.

“It is a reminder of where I never want to be again! STOP shopping! We all think we are not buying anything, but we are, otherwise we wouldn’t be in the situation we are in. Use coupons for as many things as you buy – it will add to your income, instead of take away from it. Sell things on craigslist.org to make extra money, quickly. Stock up when items are on sale, so you are not caught buying things for a premium price when you need them.

“Be a team. Getting out of debt is a team effort. If one is not willing to do their part in cutting spending, it won’t work.”

Who: J.D. Roth at Get Rich Slowly

How Long: 20 years to accumulate, a few years to pay off

A life’s worth of poor spending habits led J.D down the fast track to debt city. It took a while for him to realize how dangerous living paycheck to paycheck was, but once he did he decided to change his fortune by setting goals, achieving them, and constantly keeping track of his finances.

“I was drowning in debt, and the expenses were flooding in. I had been living paycheck-to-paycheck for more than a decade, merely staying afloat as the water slowly rose around me. Now I felt myself sinking below the surface — I’d reached the end of my credit and the end of my cash.

“I set goals. I read everything I could find. I tracked every penny I spent. I cut my expenses. I pursued extra income. I tried not to get discouraged.

“It took a lot of time and effort, but these actions have finally paid off. Today I wrote a check for the last of my consumer debt. I am now debt-free, except for my mortgage. I’ve been walking around in a happy little haze all day long. To celebrate, I bought carne asada at my favorite little hole-in-the-wall Mexican joint.”

Getting out of debt IS possible; it just takes a lot of time, patience and commitment. Some people are able to get out of debt through hard work and persistence, but others may need a little a push in the right direction.

If you’re having a hard time seeing the light at the end of the tunnel, give us a call at 1-800-500-6489 or contact us online for more information on how we can help you get out of debt.