4 Famous Athletes Who Made (and Lost) a Fortune 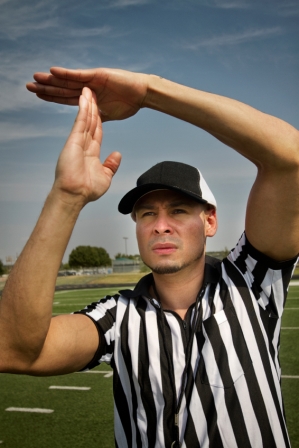 If you’re like the rest of us, then it’s hard for you to read or watch stories about professional athletes’ colossal paychecks without feeling a least a tad jealous. But just because someone makes a lot of money doesn’t necessarily mean they’re good with it. Take, for instance, these four athletes who were better at making money than keeping it.

Few football experts doubt Johnny Unitas’ prowess on the field. In fact, some observers maintain that he’s the best quarterback who ever put on a uniform. Unfortunately, his athleticism couldn’t keep him out of financial trouble. While Unitas earned more than $4 million between 1956 and 1973, he passed away in 2002 with a massive lawsuit hanging over the assets that hadn’t already been claimed by a 1991 bankruptcy filing. The culprit was a spectacularly poor investment with a shady real estate developer.

Like Unitas, Taylor was a legend on the football field. Although he remains one of the New York Giants’ most prominent alums, his personal reputation has been tarnished by a smorgasbord of personal and financial embarrassments. After earning more than $50 million over a long career, he was forced to declare bankruptcy after being found guilty for filing a false tax return. It was rumored that he was involved in a Mafia-related weapons-smuggling ring, but these stories were never substantiated. These days, Taylor lives a low-key, frugal life in a modest home.

Perhaps best known as Michael Jordan’s wingman, Scottie Pippen put together an illustrious basketball career with the Chicago Bulls. While he didn’t earn as much as Jordan, his $120 million career haul should have been enough to set him — and his children — up for life. Instead, he experienced a brush with bankruptcy after losing nearly $30 million with an unscrupulous investment advisor. Separately, he faced a lawsuit over allegations that he failed to pay for a leased Gulfstream jet.

Michael Vick will always be associated with his animal cruelty conviction, but the NFL quarterback has also lost more money than most people will ever earn. After his conviction, he was forced to declare bankruptcy, put his homes on the market and sell most of his liquid assets. He has since returned to playing form, but his permanently tarnished reputation prevents him from earning sponsorship contracts.

Believe it or not, these aren’t the only athletes who learned about money management the hard way. Even if you’re not in line to earn millions of dollars at your nine-to-five job, you might be able to learn a few practical tips from their unpleasant experiences. After all, you can’t enjoy money that you don’t keep!