The Rising Cost of Raising a Kid 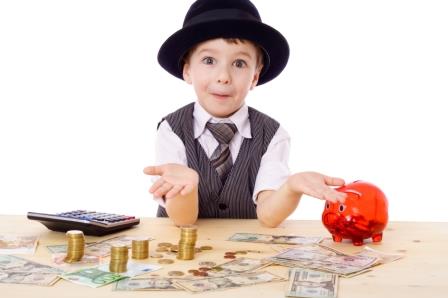 It’s tough raising a kid these days. Maybe that’s why fewer and fewer people are having them. According to the Centers for Disease Control and Prevention, pregnancy rates fell by 12 percent between 2000 and 2009. Even more fascinating, woman over 30 are having more children. In fact, the number of older women having children has risen 30% in the last 20 years.

What does this mean? Two things: A) fewer people are having children and B) more people are waiting till they’re older to have kids. Both are smart choices, since the average cost of raising a child today is over $240,000!

Wait! That Can’t be Right…

It’s true! The cost of raising a child in a middle-income family from birth to age 18 costs over $240,000 today, and that’s not including those ever-expensive college bills. What that does cover, however, is housing, food, clothing, health care, education, and other various expenses.

The USDA released an incredibly comprehensive overview in an effort to help promote greater awareness of the true cost of raising a child. Since the report is pretty robotic, I thought I’d break it down for you below.

An In-Depth Look at Childcare Costs from Birth to Adulthood

On average, it costs about $2,140 a year to feed a growing child. Sound about right?

A Gallop poll found that the average American family spends around $150 a week on groceries, which equals to a little over $7,000 a year. If this number sounds a bit high, it’s because it is. Food prices are always rising, and while you may have once been able to get by spending less than $100 a week on food 20 years ago, that’s no longer the case.

Fortunately, spending a small fortune on a small amount of food doesn’t always have to be the norm. Knowing how to shop savvy will help you save in the long run. Just take a look at our blog post on smart shopping tips for a few ways to help you buy more while spending less.

Planning on moving anytime soon? You may want to think twice after reading this. Housing is far and away the biggest expense any parent is likely to ever face, with average yearly housing costs a little over $4,000 for a middle-income family.

Interestingly, housing is also the most unpredictable expense, as prices vary by region. It’s significantly more expensive in the Northwest, around $277,000 from birth to 18, while the cost of raising a child is cheapest in the South, at around $226,000. That means it’s around $9,900 cheaper to raise a child in the South.

In other, not-so-shocking news, it also costs significantly less to raise a child in rural areas.

Unfortunately, these expenses don’t cover the cost of college. And we know just how expensive college is these days. (Take a look at our page on student loans for more disturbing information on student debt.)

Transportation has stayed relatively the same price over the past 40 years, which leads me to believe that people are simply driving less because gas prices have certainly increased.

Want to know just how much gas prices have in

creased? Brace yourself: it cost around 25 cents per gallon for gas in the 60s, whereas 40 years later it costs somewhere around the $3-4 mark.

While health care costs once constituted a measly four percent of your child’s overall cost, today they’ve nearly doubled, at around eight percent today, which comes out to a little over $1,000 a year.

Past due medical bills are one of the most common forms of unsecured debt, and with insurance premiums and interest rates at an all-time high, it’s hard not to feel stressed when it comes to health care costs.

Interestingly, clothing costs today are much cheaper than they were 40 years ago–nearly 50 percent cheaper, to be exact. Maybe people have been paying attention to our post on finding the best fashion steals on a budget?

Miscellaneous expenses include personal care items, goods, and other services and account for eight percent of a child’s yearly expense. Broken down, this equates to nearly $1,100 a year, which, again, seems pretty low.

Do you have kids? What’s been the single biggest expense you’ve had to make? Share your comments/stories/non sequiturs in the comments section below.

How to Teach Your Kids About Money