Home » Blog » The Life and Death (and Rebirth) of the Twinkie

The Life and Death (and Rebirth) of the Twinkie 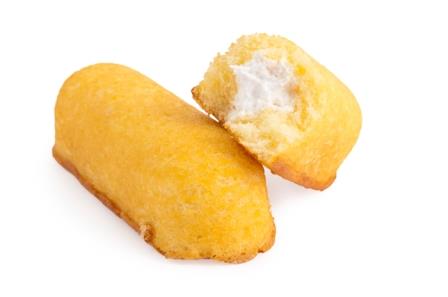 When Hostess filed for Chapter 11 bankruptcy in 2012, people across the country felt a collective lump in their stomachs (perhaps it was indigestion?) as the once-powerful American food manufacturer began liquidating its assets. However, the long-time brand was given a new lease on life when the company was bought out late last year and became Hostess Brands, LLC.

Before we delve any further into the financial shortcomings of one of America’s biggest staples—and what you can learn from their bankruptcy—let’s take a look at just what exactly makes the Twinkie so iconic.

A Look Back: 83 Years in the Making

Believe it or not, the Twinkie was invented way back in 1933. What’s more, they only cost a nickel for a pack of 2, which made them 2.5 cents individually! Sound like a deal? We think so!

Originally containing a banana cream filling (with real bananas!), Twinkies of yore had a shelf life of only a few days. Nowadays, however, Twinkies are good for about a month. (Note: Since the reopening, their shelf life has increased to 45 days, oddly.) The whole myth about Twinkies lasting forever is a misnomer; while the Twinkie itself may stay intact for hundreds or even thousands of years, they do, in fact, expire.

The Evolution of the Twinkie

During World War II, the Twinkie had to change its filling to vanilla since bananas were becoming increasingly scarce. As it turns out, the vanilla flavoring was so successful that Hostess decided to stick with it.

We’re sure it comes as no surprise to hear that Twinkies aren’t healthy, but did you know that one little Twinkie contains a whopping 37 ingredients—most of which are artificial.

Want a better picture of all the different ingredients that make up a Twinkie? Have an in-depth look at all 37 ingredients here.

The “Twinkie defense,” as it is now known, is an actual defense that was first used in 1979 for Dan White, who claimed a diet chock-full of junk foods (none more so than the Twinkie) led to depression, which in turn led to temporary insanity. Incredibly, the jury ate it (so to speak) and while White was still found guilty, his punishment was much less severe.

Facing Financial Problems? Don’t Do What Hostess Did

Although the Twinkie’s popularity continued to soar toward the latter half of the 20th century, changing views on diet and a more health-conscious cultural mindset resulted in a steep decline of Twinkie sales.

In fact, 2012 wasn’t the first time Hostess filed for bankruptcy; the company was facing both internal and external financial troubles as far back as 2004. But while the various internal problems and lack of revenue was already evident, Hostess did very little to resolve their financial burdens. Instead, they opted to turn the other cheek, which in turn led them down a path of financial ruin.

In the end, as the Atlantic points out, it was a collection of bad decisions which led to the eventual downfall of one of America’s longest-standing food brands. So, on a late spring afternoon in 2012, Hostess officially closed its doors and stopped production on Twinkies, along with Ho Hos, Sno Balls, and other sugary, starchy snacks.

Did you know?: When news first surfaced of Hostess’s demise, Twinkies and other confectionary snacks skyrocketed—some were even selling for a thousand dollars a box on eBay!

Although the Twinkie was eventually given a new life, their rise and fall is just another cautionary tale in what not to do with your money. Hostess may have been able to change their fortune had they actually taken stock of the money they were losing. Instead, they continued down the path of financial ruin, unsure of how or where to change their financial strategies.

If you’re facing financial burdens, the first step is to seek help. Hostess’s biggest fault wasn’t the financial mistakes they made; it was the fact that they didn’t effectively address their mistakes and learn from them.

Falling into debt is a process that can happen immediately or over the course of many years. Whatever the case, taking the time to address your spending habits and then actively looking for ways to improve them will put you on a direct path to overcoming any amount of debt.

Unlike Hostess, there’s no financial buyout option available for you. That’s why it’s all the more important to learn from your financial mistakes.